I know who you are.  I understand your weariness from the constant motion and excitement of your little boy.  I am that mama too.  My son is 18 now and I am still tired and weary.   But I am also blessed, and my heart is so full of love for that always in motion ball of energy.  I never thought I would see the day that he would be grown (almost) and about to graduate from high school.  There were days when he was little that I thought this would never happen.  But it has.  We have made it, and you will too.

When he was little, I would always tell myself, and others, that God gave him all that passion for a reason.  I knew then, and I still know now that there is a purpose for that energy and that it is a blessing.  God has great plans and uses for the energy He gave him.  Some of that purpose has come to light but there is still more to discover.  My son was never still.  He was in constant motion – and he still is.  But that constant motion and energy were God-given gifts.  When he was little, he was in the children’s choir at church.  Every time they would sing in church, he could not stand still.  He was the kid who almost knocked all the other kids over because when the music was playing, his body was swaying, as it is still to this day.  He also had trouble focusing because he had ADHD, which is what I attributed to his swaying.  He just can’t be still I thought to myself over and over again.  I really believed that the best approach was to embrace it and then try to channel it in a positive direction. We all know that is easier said than done.

But the swaying was more than not being able to focus.  The swaying was because that is how God made him.  He put music in his bones.  To this day it is physically impossible for him to NOT move when the music is playing.

He began to sing solos and he was usually the star of the musicals because he had the drama to go with it.  He tried to get involved in sports, which is always a great outlet for extra energy, but that wasn’t his thing.  He was musical, and he could act.  So, after a lot of hair pulling and sitting on the bench and discussions with the coaches, I finally told him that he was not going to sign up for Athletics the next year because I was not going to fight that fight any longer.  He wanted to be an athlete, but not do the hard work of conditioning.  I told him he needed to concentrate on band and One Act Play, where his talents lie.  He was playing the trumpet at the time but dropped out of band later.  He continued to be one of the top actors in One Act all the way through his senior year, winning many awards along the way.

Somewhere along the way he began to play guitar.  He had only a few lessons but mostly taught himself, playing by ear.  He did the same thing with piano, except no lessons at all.  One time he wanted to learn Claire De Lune, so he bought it on iTunes, listened to it and picked it out completely on the piano, chords and all.  He has never learned to read music.  He has an incredible voice and he sings at church every Wednesday night as he leads the youth in worship.  He also plays and sings sometimes in the worship services on Sunday and for special events.  He was recently in a talent contest put on by a record label and would have been in the top 5, had he not quit the contest to go on a mission trip with our church to Canada.  God has done amazing things in his life and with all that energy and passion that some days honestly drove me a little crazy.

So dear mama, hold on tight.  Your little boy was given all that energy for a purpose.  Someday it will serve him well.  See, God made all kinds of people, with all kinds of differences and strengths, for all kinds of reasons.  And it takes all of us to get His work done.

If someone had whispered in my ear when he was a rambunctious 3-year-old that he needed all that energy for what God had for him, I don’t know if I could have foreseen what great things have come his way.  And he is not done yet.  He is still becoming.

Playing the guitar and singing are his outlets for everything. He plays when he is happy, sad, or mad.  He plays and sings for all reasons, in all seasons, and some people have been blessed by the fruit of his gift.  He leaves the house singing in the mornings and is singing when he rounds the corner of the sidewalk to the porch in the evening.  I miss it when he is gone on a trip and I know the day will come soon that I won’t hear that every day.  I will miss it so much.

Embrace the wiggles.  Embrace the wild.  Let him run free on his path and provide creative outlets for his energy. Hold it in check, teach him self discipline but don’t snuff out the flame that God lit in his little soul.  Don’t stifle the passion.  God may use all that fire to change peoples lives one day. 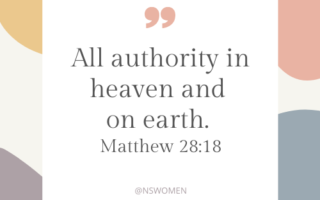 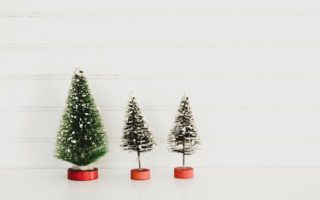 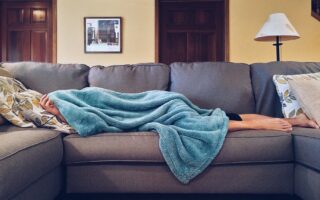 The Secret to Pressing On