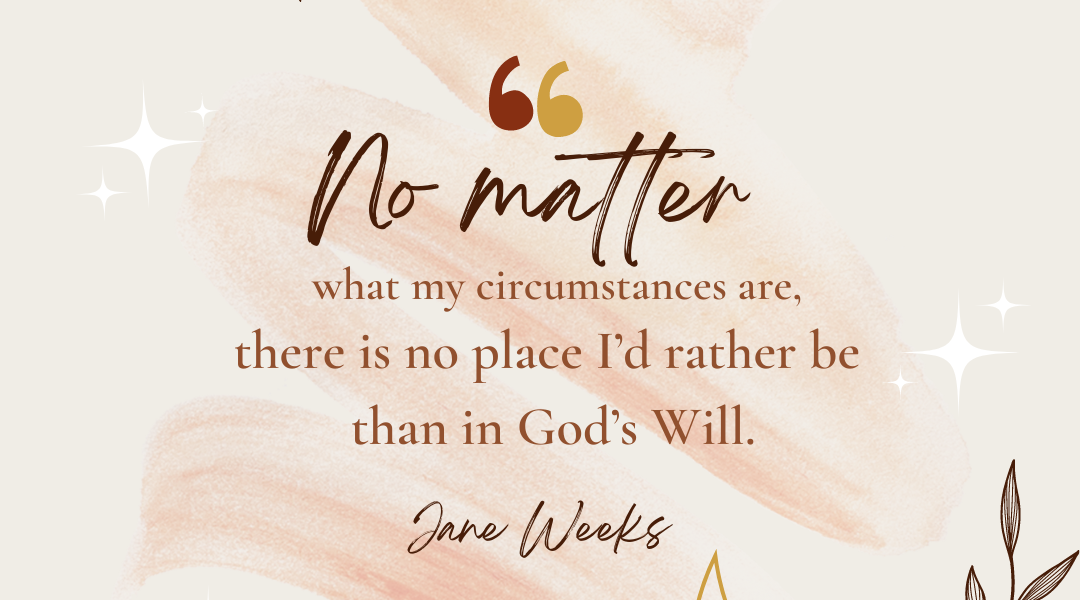 I was asked a while back to write a blog for the Women’s Ministry at North Side. I hardly even know what a blog is (I’m old school) much less felt qualified to write one. When I asked about it, I was told to just write anything – well that sure narrows it down. I pondered on it for several weeks, doubting if I would do this. After all, what would I even talk about? But that’s the thing, it’s not what I would talk about but what God would have me say. And one morning it was loud and clear what God wanted me to say. So here I go.

It all started a few days back when I had a list of errands to do in Fort Worth. Unless it’s my “day off” when Roger’s caregiver comes, I take him with me since I can’t leave him alone. I’m always aware of the length of time we’re out because it can be tiring on him. My first stop was at a battery store to get a replacement battery for his electric scooter. I leave him in the car when I run errands and generally they don’t take too long. Well, this one did! They couldn’t get the case back together after replacing the 2 large batteries. Forty-five minutes later they still weren’t successful, and my frustration was growing by the minute. I had gone back to the car twice to check on Roger and make sure he was doing ok. I finally left to go run my other errands and would pick the battery up later. Had I known it was going to take that long I would have just dropped it off at the beginning. My frustration was burning inside me, and it really set me in a “bad mood.”  After all, things didn’t go according to my plans.

To understand a few things about me – I am a planner and an organizer. Those are things I thrive on. When I taught school, believe it or not, one of my favorite things to do were Lesson Plans! But there is a verse in Proverbs that I memorized a few years ago and it’s something I have to remind myself of often.

Many are the plans in the mind of a man, but it is the purpose of the Lord
that will stand. Proverbs 19:21

Then the next day I read a story someone posted on Facebook that really hit home. It went something like this:

If you were holding a cup of coffee and someone bumped into you, whose fault would it be for getting hot coffee all over you? The person who bumped into you? Wrong Answer! It was the coffee that was to blame because it was in the cup. If tea was in the cup, then tea would have spilled out. The point is, whatever is on the inside is what comes out when you are bumped.

Life happens, things don’t always go according to our plans, we face trials and challenges all the time.How do we react
when faced with obstacles?

Often we wear a facade, an outer covering of ourselves that the world around us sees. Being open, honest, and vulnerable is not easy. We can’t put on a cover for God, He sees our heart. The light of God’s presence reveals the dark places in our heart, what we really think or feel. Yet when things happen, what is on the inside of us is what comes out. The ‘real’ us is revealed for others to see.

. . . but he who is born of God protects him, and the evil one does not touch him.

Being a child of God, born again, Satan can’t touch that. He cannot take away my salvation. I am protected in Christ. However, he can take away my joy and he sure does try.

After I read the analogy of the spilt coffee I wrote in my journal about what I see inside me, how I sometimes react when things go wrong. I made 2 lists:

What my responses can be:

becoming quiet, withdraw to myself

What my responses should be:

Many in the second list are fruits of the Spirit. When the Holy Spirit lives in us, which He does from the day we are saved, those fruits are available to us. Oh, how Satan would rather us push those fruits aside and get us stirred up with those responses in the first list.

Roger and I knew each other growing up and graduated together. Though we never dated in high school we had the same circle of friends. We had a high school reunion in 2010 where we got together and started dating afterwards. We married a year later. We had great plans! All our kids were grown and on their own. We were to retire soon and planned to travel. The song we danced to at our wedding was ‘Keeper of the Stars’. Here are some of the lyrics:

It was no accident me finding you

Someone had a hand in it

Long before we ever knew

He sure knew what he was doin’

When he joined these two hearts

I tip my hat to the Keeper of the Stars

Yes we had plans, but they weren’t God’s plans. God did know what he was doing before we ever knew. Five years later Roger developed a neurological disorder which has progressed. He is now disabled, and I am his caregiver.

Is this an easy path? Is it the path
we laid out for ourselves?
No, but it’s God’s path for us.

I recently read a devotion by Darlene Sala based on Hebrews 12: 1-2: Let us run with endurance the race that is set before us, looking to Jesus, the founder and perfecter of our faith.  The devotion went on to say we are not in one big race, in competition with each other but rather we each run the race God set before us.

As I said earlier, my salvation is secure in Christ, but Satan loves to throw in discouragement, frustration, disappointment, exhaustion, loneliness, helplessness, and I have to add in envy. When I see older couples walking hand in hand along a beach or in a park, I think, “That should have been us.” But at the same time, I know and accept the race God has put before me and I need to run it faithfully because in the end, no reward could be greater than spending our eternity with Him. I need to constantly be reminded to keep my eyes on Jesus, faithfully following the path set out before me. When I take my eyes off Jesus, that allows Satan to step in.

I don’t know what to expect in the future as Roger declines. One of my many questions is “Will I be able to go to church if I’m unable to bring him with me?” I don’t have all the answers, but God does. He already has a plan in place, and whatever it is, I know it is perfect.

No matter what my circumstances are, there is no place I’d rather be than in God’s Will. 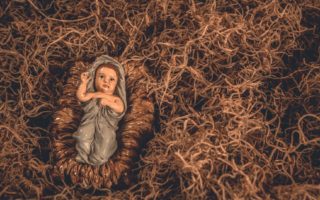 O Little Town of Bethlehem – What You Mean to Me 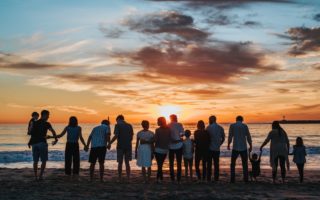 If You Think God’s Blessing Is Not For Your Family… 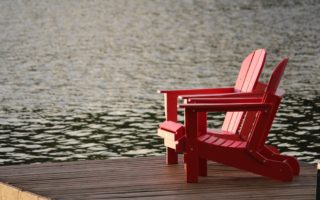 Even If… God Is Still Good by Hailey Minton